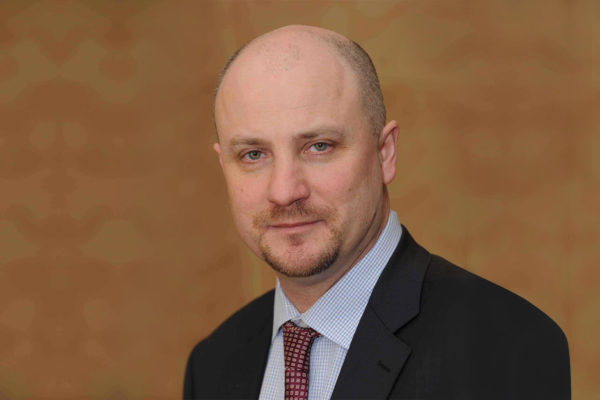 Dr Jerzy Paweł Gawor (1966) graduated from the Faculty of Veterinary Medicine, Academy of Agriculture in Wrocław Poland in April 1992. In 1993, he became a partner in the private practice “ARKA” in Kraków which achieved the status of Veterinary Clinic in 2004. He received his PhD in 1996 and became a specialist in Veterinary Surgery in 1997. Since January 2009 Fellow Academy of Veterinary Dentistry. In 2015 successfully completed requirements and became Diplomate of the American Veterinary Dental College (AVDC) and European Veterinary Dental College (EVDC). At present Dr Gawor provides dental teaching services in European School of Advanced Veterinary Studies in Europe and China.
Since the end on 90’s, he has regularly contributed to the promotion of small animal dental health and dentistry in post-graduate meetings and congresses. Lecturing in the Veterinary Faculty has been a part of a plan to implant Dentistry into the Polish veterinary medicine education program. From 2003 he has led the Pet Smile Campaign in Poland on behalf of the Dental Working group of the Polish Small Animal Veterinary Association. His main field of professional activity is dentistry, head and neck surgery and oncology. Several hundred advanced dentistry procedures a year have resulted in a wealth of skill and practical knowledge. Published and presented over 120 publications in veterinary dentistry.
Starting from 2003 J. Gawor became member of the PSAVA Board with Presidency term of office 2008-2010. Dr Gawor was the member of Federation of European Companion Animal Veterinary Associations Board 2007-2019 acting as President of FECAVA 2015-2017. Served also as President the European Veterinary Dental College 2019-2020. He is also former President of European Veterinary Dental Society 2009-2010. His last achievement as representative of the all above organizations is a chair of Local Organizing Comittee of the joint FECAVA WSAVA ands PSAVA Congress in Warszawa 2020.
His hobbies include reading, volley-ball and antique furniture. Married to a veterinarian, his family also consists of three children, three cats and a dog.